Though 1968 was the era of electronic music, there are many fine acoustic or mostly acoustic albums that were released in October 1968 including John Martyn’s second album, and The Beau Brummels’ fifth album. 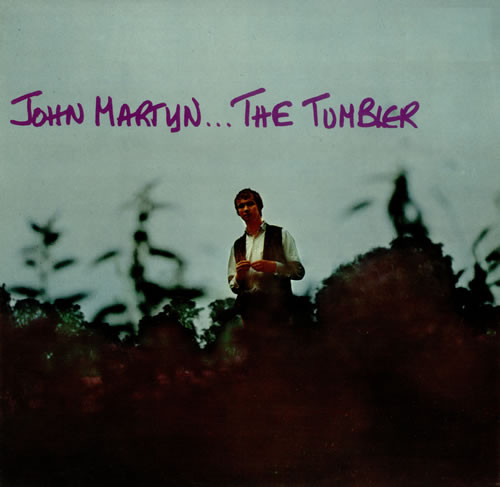 Approximately a year after the release of John Martyn’s first album, London Conversation, a relaxed, leisurely studio rendition of mostly original British folk material he was performing for small venue audiences in 1967, Martyn released a more upbeat, energetic and stronger album. The Tumbler, that better showcased his musical skills with the music incorporating rock and jazz elements.

On The Tumbler, Martyn adds additional musicians for a fuller sound and to support the greater musical variety of the compositions.  In London Conversation, we get a sampling of flute from Martyn himself, but on this second album we get Jamaican-born jazz flautist, Harold McNair, who played and recorded with Charles Mingus, Quincy Jones, as well as appeared on a number of Donovan albums and on tenor sax on the James Bond Dr. No theme.  The quality of production handled by twenty-two year-old Al Stewart is quite good, with a more forward, active sound, spotlighting individual instruments.  All instruments are acoustic, with no drums on any track. The album closes with the guitar-dominated instrumental “Seven Black Roses”, the highlight of the album.

All tracks composed by John Martyn except where indicated. 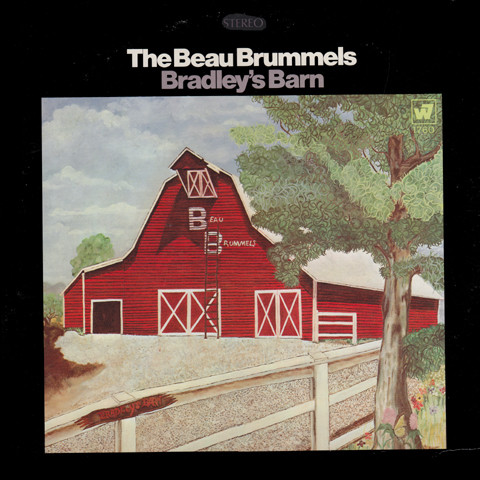 As noted in earlier posts, the latter half of 1968 introduced several albums that blended  rock and country music, albums often authored by Canadian-born or Californian-based musicians.  One notable such album was The Beau Brummels’ Bradley’s Barn.

The Beau Brummels hailed from San Francisco, forming in 1964 and releasing their first two albums in 1965, incorporating folk and British-invasion elements. Though later denied by band members, legend has it that they chose the name, “Beau Brummels” for its English sound and so their albums would be shelved in records store bins immediately after the best-selling Beatles.

Their first album, heavily influenced by the British Invasion sound, peaked at number 24 on the Billboard album chart and included ten of twelve original songs, all written by lead guitarist, Ron Elliott, or in one case by Elliot and sometimes collaborator, Bob Durand. Sal Valentino was the lead vocalist, and its interesting to follow his development as a singer and his greater, often extreme use, of vibrato as well as Elliot’s and Valentino’s shift to more of a country sounds in their subsequent albums.

in 1966, with their label, Autumn, verging on collapse, the band starting recording their third album.  Warner Brothers purchased the group from Autumn, but the transaction didn’t cover publishing rights.  So despite a number of already recorded original songs planned for this third album, Warner Brothers directed the group to record an album of covers,  The album was a commercial flop.

In 1967, the group released a concept-inspired album of mostly original music, Triangle, considered by many a pre-country rock classic mixing folk, rock, country and hints of psychedelic and progressive elements.  Outstanding tracks include”Magic Hollow”, “Triangle” and the excellent “The Wolf of Velvet Fortune.”

In 1968, The Beau Brummels, down to just two members, Sal Valentino and Ron Elliot,  after losing their bass player to the draft, recorded their fifth album at Bradley’s Barn, a studio a few miles from Nashville.  Joined by studio musicians like guitarist Jerry Reed and drummer Kenny Buttrey , this album named after the recording site, is perhaps the most authentic and highest quality of the handful of early country-rock albums recorded in 1968.  I say, “perhaps”, as I am not really a country music fan.  I love bluegrass, particularly live, and can listen intently to the country music recorded on 78s in the twenties and thirties, but generally not much attracted to the commercial country music or country rock of the last sixty years.  Yet, this album of all but one original song holds my attention and gets my respect. Valentino continues to evolve his use of vocal vibrato, incorporating an authentic country twang, some Bob Dylan influence, and extending his own range of effective emotional delivery.

With this level of excellence, the group was set up nicely for greater artistic and commercial success, but shortly after the release of Bradley’s Barn, Valentino and Elliot went their separate ways, Valentino soon starting up a new band,  Stoneground, and Eliot releasing a solo album and producing or playing guitar on various albums. The band temporarily reformed in 1974, and at various times later, with their most recent album, Continuum, released in March 2013.