Many of us that grew up in the sixties wouldn’t miss a chance to watch the Smother Brothers Comedy Hour on Sunday night from 1967 to its censor-driven cancellation in 1969.  The show was musically noteworthy for including rock and musical groups that the other variety shows were uncomfortable with (including Cream, Harry Belafonte, The Doors, The Who, Buffalo Springfield, The Cast of Hair, The Jefferson Airplane, and Steppenwolf) , and ending the national blacklisting of Pete Seeger on February 25, 1968. Other musical guests were the Electric Prunes, George Harrison,  Donovan, The Byrds, Judy Collins, Joan Baez, Simon and Garfunkel, Ravi Shankar, Ike and Tina Turner, and the Julliard String Quartet.

Mason Williams was the head writer for the show and was often responsible for the incorporating of younger talent into the writing staff, including Rob Reiner, Bob Einstein Carl Gottlieb, and Steve Martin, who even made an on-camera appearance.

Mason made several on-camera appearances, most notably for his composition, “Classical Gas”, which became a hit single.  “Classical Gas,” originally titled “Classical Gasoline”, appears on Mason Williams’ Warner Brothers album, The Mason Williams Phonograph Record, and is by far the stand out track, a classic rendition of a clearly timeless work.

During 1968 there was a pronounced divide, perhaps greater than any time in Western Music history, between the music the younger generation embraced and what their parents and grandparents found acceptable.  “Classical Gas”  bridged that gap,  topping the easy listening charts as well as holding the number two spot on the pop charts for two consecutive weeks wedged between hits by The Doors and The Fifth Dimension.

Check out the following two videos:  “Classical Gas” set to a video of the greatest art works, and Mason Williams spot on the Smother Brothers addressing censorship. 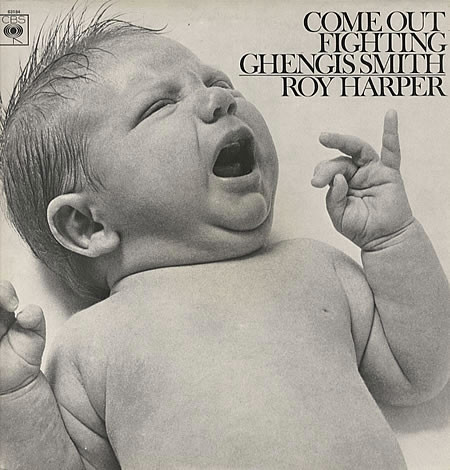 Released either in late 1967 or early 1968 (I really cannot find an exact date for this), is Roy Harper’s second album.  Notable is Harper’s compelling guitar work, unusual lyrics, crafted melodies and the blending of Harper’s guitar with orchestra.   Looking back in time, this is a weaker album than the first one, “Sophisticated Beggar”, but the reality is very few people purchased that first album when it had originally been released. Fortunately, a representative from Columbia Records did hear that first album, and signed Roy Harper for this second one. Better albums will follow, but one can find much of interest, particularly the first track, “Freak Street.”  This Columbia produced album served to provide a wider audience to Harper who would have an influence over many other artists including Ian Anderson, Joanna Newsom, Jimmy Page and Al Stewart.

Recorded in June and July of 1967 and released, as best as I can determine, around February 1968, give or  take a month, Nefertiti is the ever-exploring, adventurous Miles Davis’s last all-acoustic instrument album. I also consider this one of the first albums to take significant steps into both Fusion and New Age territory.

Miles Davis time at Julliard is partially evident here (just as Tony Scott’s time at Julliard is partially evident in what some consider the very first New Age record, the 1964 album, Music for Zen Meditation.)  Miles seems to infuse Bartok and Satie, whose music he admired, into some of this work,  as well as possibly (this is maybe a reach on my part, based only on the nature of some of the rhythmic and melodic patterns) Olivier Messiaen.  Miles also drives his fellow musicians to further reaches of creativity producing a work like no other work recorded in 1967 or released in 1968.  Some call this free-bop, and there are elements of free jazz present, but overall this is generally an accessible album, very much a predecessor to the fusion jazz and progressive-jazz psychedelic/rock-impressionism that will soon follow in so many albums of the 1970s.

The title track, “Nefertiti”, recorded on June 7, 1967 as a single take, is named after the Egyptian queen, Neferneferuaten Nefertiti who, with her Pharoah husband, brought about a religious revolution in Egypt by narrowing religious worship from many gods to only one. And with this first track, “Nefertiti”, there is a singularity of focus.  Missing are solos from the trumpet and saxophone.  Instead, the two instruments blend into an ambient, cleverly crafted circular sonic stream (well done, Wayne Shorter!), much as when drifting into alternative realms of consciousness prior to sleep.  The piano, bass and drums provides the greater variety and commentary here, the entire work thoroughly and unapologetically breaking from the traditional be-bop approach to ensemble sections and solos.  We have a strong case for this being jazz minimalism despite the richness of material provided by Herbie Hancock, Ron Carter and Tony Williams, based on the foundational, hardly perceptible variations provided by Miles and Wayne Shorter.

“Fall”, “Pinocchio” (two takes) and “Riot” were recorded on July 19, 1967, two days after John Coltrane’s death.  This tragic and monumental event shapes the nature of the performances of these works, particularly Miles’ solos.  The other tracks on the Nefertiti album,”Hand Jive” and “Madness”, are more extroverted and were recorded on June 22 and June 23, respectively.  Though this album may not have been conceived as a whole work (the amazing “Water Babies”, the sharp-edged”Capricorn” and the reflective, surreal “Sweet Pea” [this last a perfect fit for the Nefertiti album] were also recorded during these sessions and released years later, in 1976),  it comes together nicely and provides a general mood of near-mystical introspection.  The performances by all members of the quartet border on mythical, with Miles inspiring and encouraging his fellow musicians in reaching further levels of excellence.

This a particularly subtle, perhaps initially elusive, album — one that many will not fall in love with on the first listening.  Not as accessible as the previous album, the 1967 Sorcerer, it is often considered to be more substantial: pushing jazz into an unexplored territory that soon becomes part of the language of not only jazz, but rock, fusion, progressive rock, new age, and late twentieth century classical music.   Darken the room and give Nefertiti your undivided attention when listening, if not already a devoted fan.

Is it possible that the first truly progressive rock album was not a rock album, but a jazz album?  For those that adamantly insist that the most adventurous and exploratory rock music of 1967 and early 1968 is really not progressive rock but “proto-prog, such prog fundamentalists often require that any music to be considered true progressive rock must display a relatively high level of musicianship and deploy mixed meter or unusual time signatures, 20th century instruments, a wide range of dynamics and instrumental combinations, effects such as tape loops or use of quarter tones, and extended length tracks painting a colorful, sonically rich landscape.  If we buy into such requirements, then perhaps we should consider this modern big-band jazz album recorded in September 1967 and released either in late 1967 or early 1968, to validly qualify as the first progressive rock album.

In terms of quality and excitement, The Don Ellis Orchestra’s “Electric Bath” should please any “Close to the Edge”, “In the Court of the Crimson King”, “Thick as A Brick”, “Selling England By the Pound”,  “Brain Salad Surgery”. or “Power and the Glory” fan.

A progressive rock album has to start with a fervently vigorous or otherwise bigger-than-life immersive track such as King Crimson’s “21st Century Schizoid Man”, Genesis’s “Watcher of the Skies”, or the opening to ELP’s Tarkus.  “Indian Lady” is just that with its fanfare opening, a meter of alternating 3 and 2,  and a strong distinct theme running relentlessly forward, swinging ferociously with a indisputably bluesy orientation.  We also have sitar, electric piano, and most notably, Don Ellis on a four-valve quarter-tone enabled trumpet.

The second track, “Alone”, by far the shortest at less than six minutes, is a basically a samba, a musical form from Brazil that became so popular in the mid sixties, but in 5/4 time without any sense of awkwardness, but just the opposite, fully liberated and unconstrained.

Ending the first side is the brilliant “Turkish Bath” with sitar and a exotically distorted reeds sounding not so much like instruments from Turkey, but from an even more exotic location, probably from another planet in some remote solar system. Sitar and quarter-tones contribute to the appropriate balance of spices.

“Open Beauty” open side two of the original LP, and provides appropriate contrast and musical reflection.  Elegantly executed by the band, this composition is haunting, surreal and evocative, with ebbs and flows of intensity until a little over two-thirds of the way in when we get a tape-delay Don Ellis solo  which initially echoes with layered fifths and then more adventurously explores into more expressive and polyphonically combative territory.

The last track, “New Horizons” is the strongest, longest and most remarkably inventive of the album with relentless energy driven by a 17/8 5-5-7 pattern with amazing ensemble and solo trumpet passages.  The work unfolds like a story with contrast and subplots ending with explosive energy winding down into an emphatic, punctuated coda.

This album should appeal to anyone that loves adventurous and well-written, arranged and performed music whether their preference is classical, progressive rock, progressive heavy metal, be-bop or big band jazz.

All compositions by Don Ellis except as indicated