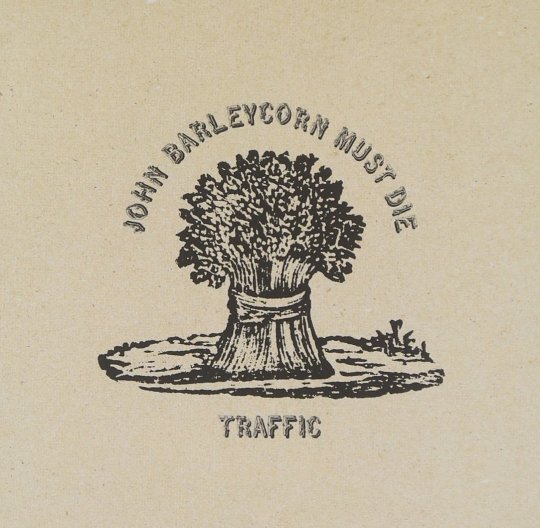 With the July 1, 1970 release of John Barleycorn Must Die, Traffic provides an excellent jazz-based partly progressive rock album with the first side being particularly strong.  Having disbanded in 1968, with Steve Winwood and Dave Mason pursuing their individual musical interests, the band reformed without Dave Mason for this Winwood-dominated album.  Highlights include the upbeat jazzy instrumental “Glad”, “Freedom Riders”, the progressive English rock styled “Empty Pages” and the wonderfully arranged and executed acoustic-folk “John Barleycorn.”  One of the finest albums of 1970.

Dave Mason, formerly of Traffic, released “Alone Together”, named for this being a solo album with support from numerous fine musicians including Leon Russell, Rita Coolidge, Jim Keltner and Traffic drummer Jim Capaldi.  The album is all original material (all from Dave Mason with some collaboration with Capaldi on the last track) with leading towards country and folk rock.  Highlights include the song “Couldn’t Have Took More Than You Gave” and the 2/4 ballad with its 3/4 verse “World in Changes’, the dreamy “Sad and Deep As You”

Fairport Convention, now without Sandy Denny releases their fifth folk-rock, Full House, the first with only male vocals.  Half of the album’s eight tracks are originals with three well-arranged traditional numbers. “Dirty Linen” bounds into progressive rock territory as, to a lesser extent does the more traditional  “Flatback Caper.”  “Sloth” is also notable for its change of moods and styles, its epic tone condensed into a little over nine minutes, and Dave Swarbrick’s (violin) and Richard Thompson’s (guitar) virtuosic soloing.

Supertramp releases their self-titled debut album, on July 14, 1970, an early progressive rock album with a hint of pop sensibility and emphasis on beautiful melodies, similar in some ways to the second and third Genesis albums released later that year and in 1971.  Despite the music being instantly appealing and the generally high quality of the compositions, this first Supertramp album was not initially released in the U.S. and garnered limited sales in the U.K.  Recommended for fans of early progressive rock, but maybe not for fans of the more famous Supertramp albums.

Firesign Theatre: Don’t Crush  That Dwarf, Hand Me The Pliers

Firesign Theater started the on-air antics in 1966 on the L.A. radio station, KPFK-FM, on the far left side of the dial. KPFK-FM was based in North Hollywood and its signal (when being listened to in North Orange County, where I lived) was generally weak.  A station with an interesting history (license withheld in 1962 for an investigation into possible affiliation with the Communistic Party and being closely associated with the first Renaissance Fair in 1963 which raised funds for the station) it was a great place to hear a variety of music. Despite its unreliable and never totally acceptable reception, this was one of my favorite radio stations from the late sixties through the mid-seventies, listening to album rock, folk music,  and comedy often through a curtain of varying levels of static and sometimes intruding signals from neighboring stations.

Soon after their initial appearances on KPFK’s radio “Radio Free Oz”,  Firesign Theater was signed in 1967 to Columbia records releasing their first spoken comedy album in 1968, Waiting for the Electrician or Someone Like Him, followed by How Can You Be in Two Places at Once When You’re Not Anywhere at All in 1969.  Soon my two of my friends from my neighborhood would imitate and quote lines from their first four albums, of which the third, Don’t Crush That Dwarf, Hand Me the Pliers, was released on July 22, 1970.  The title slyly refers to the admonition of not crushing the last bit of a marijuana cigarette but using the roach clip — with the narrative of the album centered around their character, George Tirebiter, and his watching of late night TV. The band, or comedy troupe if you prefer, studied the production techniques of Sgt. Pepper’s Lonely Hearts Club Band and effectively applied them to Don’t Crush That Dwarf taking advantage of the binaural soundstage available for a stereo LP.

Though the album is ultimately more style than substance, it is often considered their best album, and their fast-paced, ironic delivery and influence on other comedy groups earned Firesign Theatre the nickname, “The Beatles of Comedy.”

Yes: Time and a Word

Though not without flaws, the gem of July 1970, was Yes’s Time and a Word, receiving as low of a rating by allmusic.com as any in this post with only two of five possible stars.  Yes was still in formation mode, with Peter Banks yet to be replaced by Steve Howe due to Banks’ tendency to improvise not only in concert but during studio rehearsals and sessions, shying away from playing a complete set-in-stone repeatable, memorized part — clearly, this improvisation mindset was acceptable for psychedelic rock or many proto-prog bands, but not what Jon Anderson envisioned as something that would align with a tightly-organized, critically composed set of material.

The group, against Banks’ and Tony Kaye’s preference, incorporated orchestration into this album, significantly reducing both Banks and Kaye’s contributions.  The orchestration, judiciously used, usually works, particularly on the two covers, the first of which is Richie Haven’s “No Opportunity Necessary, No Experience Needed” which opens dynamically with Kaye’s Hammond organ quickly followed by driving strings giving way to the full band and includes orchestration on the theme of the movie “Big Country” that is used prior to a return to the beginning material, followed by a snippet of musical development and then the return of the main material. The second cover track is Stephen Stills ‘Everydays” which opens up with bluesy organ and a dash of strings, with a thoughtful wistful treatment that includes pizzicato strings and a hard rock section showcasing Peter Banks on guitar and, Tony Kaye on organ, some orchestra contributions, and a brief, but well-integrated reference to Bach’s “Jesu.Joy of Man’s Desiring” from Banks.

The original material works well, even with intonation issues from the strings and Jon Anderson on “Clear Days.”  “Then” and “Astral Traveller” solidly stand out as does the bass work of Chris Squire which is mixed so that it stands out palpably throughout the album.  One may notice the similarity of some of the instrumental episodes to what we will hear later in Peter Banks’ next group, Flash, as well in later Yes albums.  Though those later Yes albums, at least the next three, would be notably superior to this one, any prog-rock fan would be remiss not to have heard Time and a Word on a good audio system, multiple times.

CCR hits their commercial and musical peak with the release of their fifth album, ‘Cosmo’s Factory”, the title a reference to drummer Doug “Cosmo” Clifford’s name for the warehouse they practiced regularly at, like workers working in a factory. The album has some fine originals by John Fogerty and some rock and roll covers all adding up to an album grown from American roots.  I remember visiting my cousins once in the early seventies and when my older of the two cousins mentioned she was going to purchase a new album or two, her dad sympathetically entreated her for “no more Credence Clearwater” and the daughter readily, and actually most heartily, agreed. Perhaps she was tired of them, or perhaps having this album in her collection she really didn’t need any of their later albums.

For me, this is not the type of music I am particularly attracted to, though I admire the passion of the playing on this album and the craftsmanship of the original numbers, particularly the four hits on this album, “Travelin’ Band”, the evocative, plaintive, “Who’ll Stop the Rain”, “Up Around the Bend”, and “Lookin’ Out My Back Door” as well as their rendition of “I Heard It Through the Grapevine,” which also received ample airplay in an abbreviated single version. If you want true American rock, or more specifically earthy, swamp rock, or an album that reflects the shift that many late sixties bands took away from psychedelic influences towards blues, rock and roll roots and country-rock, this album, reaching number one on US, Canada and UK charts almost half a century ago, and generally highly rated by traditional rock critics, certainly would be a good place to start.

Osmium and other albums released in July 1970

In other music, George Clinton and associates release two unconventional albums in July 1970. The first is the Parliaments’ debut, “Osmium”, brimming with a variety of musical styles centered around a foundational psychedelic soul sound with a healthy sprinkling of humor.  George Clinton and Ruth Copeland provide most of the musical material. highlights include Ruth Copeland’s “The Silent Boatman”, use of bagpipes, and a cover of Phil Trim’s original “Oh Lord, Why Lord” for the Spanish rock group Los-Pop Tops, which is possibly the first pop song to be based on Pachelbel’s canon. The second album is Funkadelic’s “Free Your Mind … And Your Ass Will Follow”, which is even more adventurous, rich in funk and psychedelic rock elements with some solid guitar work and no scarcity of imagination or creativity.

Also included in the July 1970 releases is another early punk album by Iggy Pop and The Stooges, “Fun House”, exhibiting something closer to musicianship than their first effort. Humble Pie provides a solid album with the third album, Humble Pie, with album cover by Aubrey Beardsley.  Spooky Tooth release The Last Puff which was for a while seemed like their last album until Mike Harrison reformed the group in 1973 with all new band members, except himself.  Perhaps the best-known track from this album is their cover of John Lennon’s “I Am the Walrus” handled similarly to the better known Joe Cocker treatment of “A Little Help From My Friends.”