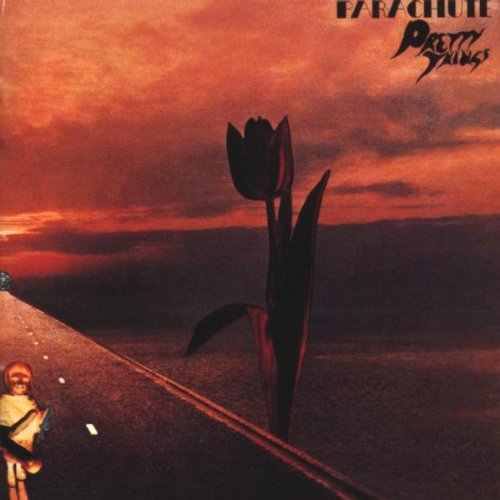 Though the Pretty Things’ S.F. Sorrow is now accepted as a rock classic, upon its original release at the end of 1968, it suffered so poorly from proper promotion and distribution, that it provided little reason for the band to continue.  Continue they did, but it would be without lead guitarist, vocalist and significant creative contributor, Dick Taylor as well as their drummer, Twink (a.k.a. John Alder, and then later Mohammed Abdullah.)

Surprisingly, their next album, Parachute, released 18 months later in July 1970  was arguably even better than S.F Sorrow. Unfortunately, it received little recognition in the ensuing months and for some inexplicable reason gets little attention today. Heavily influenced by the Beatles, and perhaps a strong influencer of albums like David Bowie’s Ziggy Stardust and Flash’s Out of Our Hands, Parachute flows musically so well, one is tempted to assume it is a concept album. Though not the case based on lyrics, as far as I can sort out, it is a cohesive collection of songs, ordered and presented to achieve a singularity. More importantly, the music is compelling, engaging and a treat to listen to! 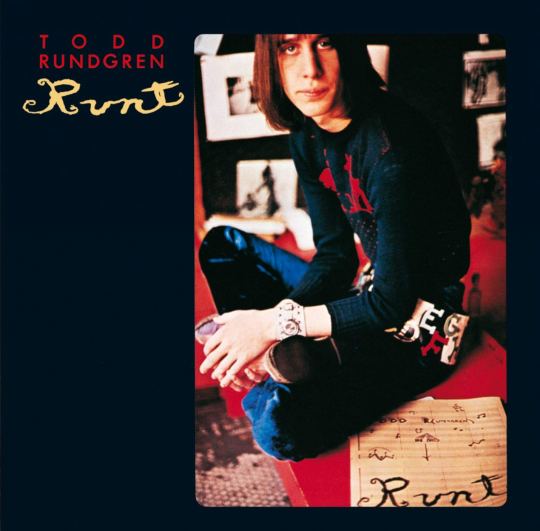 Although later releases include Todd Rundgren’s name on the front cover, the original Ampex release is simply titled Runt after the name of the band which included Todd Rundgren and Tony and Hunt Sales, sons of the pie-in-the-face comedian Soupy Sales. Other musicians are added for a few of the tracks, but this is mostly Todd Rundgren’s effort, authoring all compositions, providing all vocals and arrangements and playing guitar, keyboards and other instruments. The album barely reached up to 185 on the Billboard album chart, but later provided the single “We Gotta Get You a Woman”, which helped provided much needed attention to a quality artist. The strong points here are the ballads like “Believe in Me”, “Once Burned”, the semi-ballad “We Got To Get You a Woman” (note difference in the title between album track and single) and the more progressive rock tracks like “I’m in the Clique” with its jazz overtones,  “There Are No Words”, and “Birthday Carol.”

Blood, Sweat and Tears released their third album, but with not enough focus on original music and covers like “Fire and Rain” not contributing anything beyond the superior original versions , the album falls short of its promise. There is still the recognizable BS&T sound, and the album has some strong moments here and there, particularly David Clayton-Thomas’s “Lucretia MacEvil,” but those moments maybe account for eight to ten minutes of the forty-two minute album.  In retrospect, this album marks the decline in the original rock-based jazz-rock era — with Chicago soon to follow with a disappointing third album and a subsequent transformation to a pop-rock outfit. 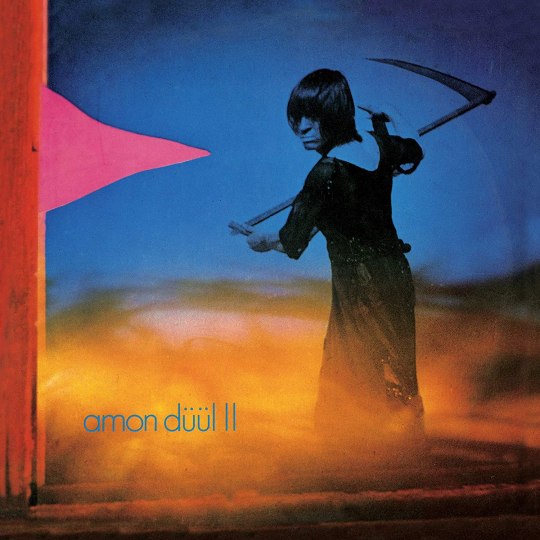 In April 1970, Amon Düül II , released almost a template for Komische Musik, the sixty-eight minute, two LP Yeti album which brings together various elements of psychedelic rock, hard rock, jam rock, space rock, sung and spoken vocals with traces of opera, blues, folk, jazz. and Dylan-like vocals on the first track of the first side.  As is often the case with German Cosmic Rock, the music is propelled forward with a relentless dramatic tension that increases until the end, aided by Chris Karrer’s resolutely persistent violin. The second track on the first side starts calmly, contrasting clearly with the climaxed first track and builds to its finish, providing a perfect example of the sweeping, narrative strengths of the best Komische Musik all within the span of 3 minutes! Side two contains several songs with the first anticipating punk and new age, the second initially more progressive-folk in nature, transforming more into psychedelic and hard rock , the third combining hard rock, heavy metal, and progressive rock, the fourth, an all-out aural assault with notable Hendrix, heavy metal and punk-rock elements stewed together with an underlying space-rock forward motion, and the the fifth refreshingly a little more laid back and open with a repetitious bass and drum foundation.  Side three is particularly impressive with its 18 minute title-track track improvisation, followed by additional improvisation on side four ending with the most reflective track, “Sandoz in the Rain”

In June of 1970, Tangerine Dream released their debut album, Electronic Meditation, a compilation of electronic-manipulated music and free-psychedelic “rock”,  also influenced by Stockhausen’s and other contemporary avant-garde and electronic art music, and possibly influenced by both American and German free jazz.   The best (and longest) track “Journey Through a Burning Brain,” contains concrete glimpses of the future Tangerine Dream (including the use of a mostly persistent, mechanized-like obligato that propels the work forward), and as the title indicates takes the listener on a journey, leaving it to the judgment of the listener if this is closer to an actual journey through geographic territory, or some imaginary exploration — perhaps exploring that “burning brain” in the title. 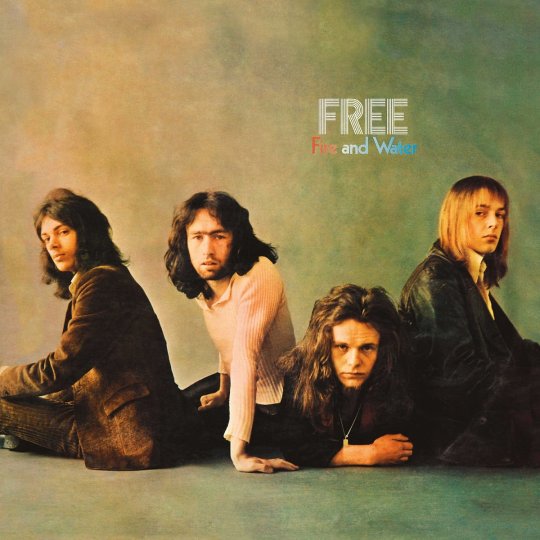 Free released their third studio album on June 1970.  My sister bought this album after hearing “It’s Alright Now” countless times on the AM radio.  Though the song has appeal, it’s repetitiveness is more troubling with each playing. Fortunately, there is more to this album than that.  The first two tracks on side one are two of the best examples of rock-based equivalents to early blues, with strong lyrics and performed with authentic pathos. What follows, may be of lower quality, but certainly it was good enough to take the album to number two on the UK album charts and number seventeen on the US charts. 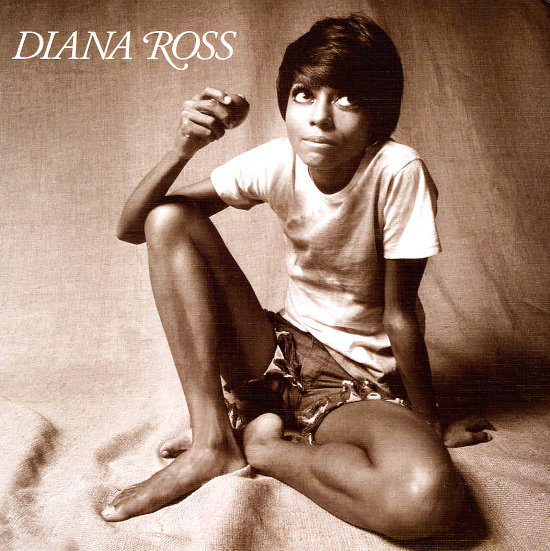 After eighteen albums with the Supremes, Diana Ross releases her first solo album. Her nuanced vocals are indeed several levels above those of most of the more basic vocalists we find in rock (remember Rod Stewart from last week’s Fifty-Year Friday?)

Though “Ain’t No Mountain High Enough” was her big hit on this album, “Reach Out and Touch” also fared well as a single. “Ain’t No Mountain High Enough” not only confirmed that Ross was a major solo artist outside of the Supremes, but it, as well as the rest of the album, especially “You’re All I Need To Get By” provide a wealth of evidence of both her singing and narrative acting skills.   The album provided the first step to superstar status — in 1971 she would have her own own one-hour television special (okay 40 minutes not counting commercials) and in 1972 command the lead role of Bille Holiday in Lady Sings the Blues in 1972, rising above a flawed screenplay to get an Academy Award nominiation. 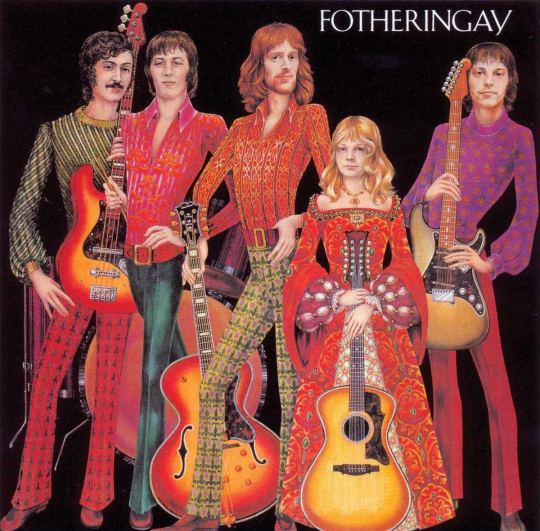 Steeleye Span’s Hark! The Village Wait is mostly traditional English folk music with a more modern folk-rock accent.  With both Maddy Prior and Gay Woods contributing to vocals, a range of string instruments including banjo, electric dulcimer, violin, mandolin, mandola, autoharp, electric guitar and bass guitar, and excellent musicianship this is an impressive and enjoyable debut album.

Back in  America, San Francisco-based It’s a Beautiful Day, released their second studio album, Marrying Maiden. It has that distinctive, haunting, ethereal “Its a Beautiful Day” sound,  abandoning the psychedelic elements of the first album to provide a more relaxed pastoral-folk listening experience.

I did listen to the Dylan Self-Portrait album (finally after all these years) from start to finish and that has some folk elements as well as blues, bluegrass and country elements. For me, the best track is Dylan’s “Woogie Boogie.” This is definitely one of those albums it is best to stream before considering purchasing.  I also listened to the entire Grand Funk “Closer to Home” album for the first time, an album that made it up to the sixth sport on the Billboard’s album chart — my only prior exposure to it being a cassette tape that I heard a portion of and hearing the title track on the FM radio once or twice.  I think that’s the limit of what I will venture to say about this album.

June 1970, being the first month of summer, provided a bounty of new albums.  Did I leave any of your favorites out?  If so, please comment!