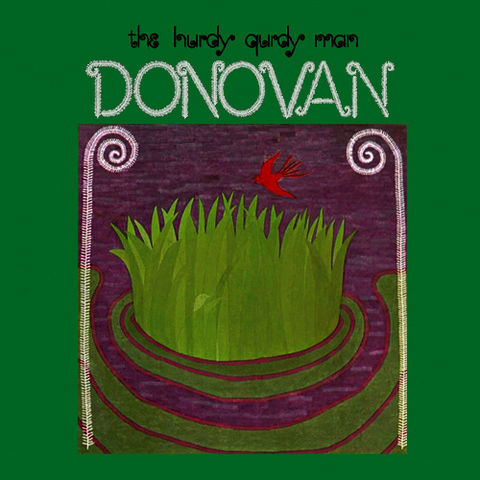 Released in October 1968, with material from late 1967 and April 1968, Hurdy Gurdy Man is the most substantial Donovan album of his many releases,  artfully capturing the spirit of musical adventure and diversity so prevalent at the time.

My sister, up until the release of this album, had mostly purchased singles and albums of musicals, so it was a treat when she bought this in late 1968 and allowed me to play this on our parents’ “Hi-Fi” system.   I had already heard “Jennifer, Juniper” and the more serious and dramatic title track, “Hurdy Gurdy Man” earlier in 1968, so I was curiously anticipating what else the album contained.

Lifting up the heavy wooden cover of the Hi-Fi,  taking out the record from its cover, and setting the music into motion by turning on the electronics and initiating the spinning of the platter and the tone arm’s slow and steady take-off, soon I was hearing a improved version of that first track, “Hurdy Gurdy Man” sounding much better than what I had heard on any car or transistor or even the Hi-Fi AM radio.  The composition’s dark, mysterious mood was now more evident along with a general sense of deep, perhaps profound, mysticism.   And as the album played on past that first track, into “Peregrine” with its even more suspenseful drone-based eastern sound, then into the quietly reflective third track, “The Entertaining of a Shy Girl”, and through the neo-vaudevillian, “As I Recall it”, and then into the creamy saxophone-dominated “Get Thy Bearings”, the variety and quality of the music gained my increasing respect and interest.  I was not musically sophisticated enough to consider that most of the tracks were just a sequence of verses, to appreciate the thoughtfully scored string, flute, oboe, and trumpet lines or the contrapuntal fragments in “Hi, It’s Been a Long Time”, or deconstruct the contributions of melody, harmony and arrangement to the final essence of each song, I just found the album full of character and boldly and creatively different than most of the current AM radio fare; just as Donovan stood apart from the more commercial tunes of the time with songs like “Sunshine Superman”, “Mellow Yellow” and the more recent “Hurdy Gurdy Man”,  so did each track of this album create its very own mood, and even if I couldn’t do credible or meaningful musical analysis at age thirteen of the content, it was clear that significant care had been taken to produce a quality and coherent presentation of the music.

Donovan had originally wanted Jimi Hendrix to play electric guitar on “Hurdy Gurdy Man.”  Hendrix, unfortunately wasn’t available.  There is some contention on who the guitarist on the recording actually is —  with Donovan crediting Jimmy Page and also Allan Holdsworth, but others indicating Jeff Beck or Alan Parker.  Page has indicated it wasn’t him and Holdsworth’s wife has stated that Holdsworth had indicated that the guitarist was Ollie Halsell (guitarist and vibraphone player for the group Timebox, later Platto.)

Years later, listening to this album, I can confirm that my original instincts in liking this music is far from unfounded.  The two songs with the most traditional verse and chorus structures provide an effective start and end to the album, and the contrast between the mood and instrumentation of the songs contained within provide an experience similar to contemporary releases by The Beatles or the Kinks. Donovan has a knack for simple, yet effective melodies and his work is supplemented by David Mills who provides music for three of the tracks. On top of this, the arrangement work is excellent as are the contributions by Harold McNair on flute and his sax soloing on “Get Thy Bearings.”

All tracks credited to Donovan Leitch. According to BMI, “A Sunny Day” and “The River Song” were collaborations with David J. Mills, but “Tangier” was written solely by Mills under its original title of “In Tangier Down a Windy Street”. 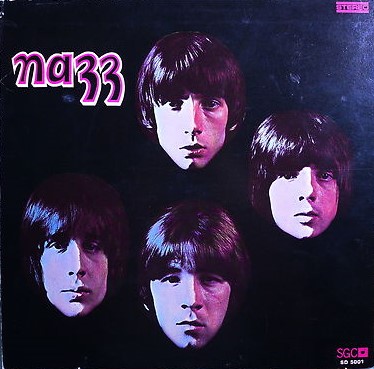 Also recorded in April 1968 and released in October 1968, is one of the best commercially unsuccessful albums of 1968.  Nineteen year-old Todd Rundgren combines influences from The Beatles, The Who (“Open My Eyes”), Jimi Hendrix (some of Rundgren’s guitar work and the opening of “She’s Goin’ Down”) , Burt Bacharach (parts of “Hello It’s Me”), Jimmy Webb (the first section of “If That’s the Way You Feel”), and The Beach Boys (“When I Get My Plane”) with his own musical style, clearly identifiable on this first commercial recording of his and the band that he and later Disney legend, bassist Carson Van Osten  formed in Philadelphia.

Very few first albums are as good as this one, and its more accurate to consider this the first Todd Rundgren album (even with bandmate Stewkey on vocals)  as opposed to the first album of a group that Rundgren happened to be a part of.   All compositions are by Rundgren except “Crowded” and the blues-jam group-effort spectacular that ends side one.  Rundgren’s signature ballad, “Hello It’s Me” appears the first time, lacking the more sophisticated arrangement given to it in the classic 1972 Something/Anything?  The other ballad here is “If That’s the Way You Feel”, arranged by jazz-great Shorty Rogers with a beyond beautiful first section and a sequence of overly-enthusiastic modulations in the second section.

All songs written by Todd Rundgren, except where noted.