Recorded in  June 1968, left & right, is a work of passion with Roland Kirk embedding both heart and soul into this effort.  Though the title appears to be a reference to left and right political positions, it could very well reflect the impact of the one-two punch: Kirk comes at you from the left with more progressive and radical jazz and from the right with an underlying solid foundation firmly rooted in traditional jazz and blues.  If this music doesn’t knock you out, it will at least knock you off balance — not quite as personal or impressive as Kirk’s previous album, The Inflated Tear, this subsequent album holds its own, filled with moments and passages of almost startling excellence, from the string introduction of the first track, to the lengthy second track that fills up almost twenty minutes of side one, through each and every track on side two, each arranged brilliantly with their own tonal pallet and character.

The second track, “Expansions” is a near masterpiece.  It seems only marred, not so much by the inclusion of McCartney’s “Yesterday” and that haunting opening melody of Stravinsky’s “Rite of Spring”/”Le Sacre du Printemps”, but by how these two references inadvertently call attention to themselves since they are so well known. If one had never heard either of these, it’s likely they would fit into the composition and not draw a disproportionate amount of attention, and the performance would provide an interrupted, unified experience.  The historical importance of “Yesterday” and “Rite of Spring” also make me wonder a little whether these works in the context of “Expansion” and the overall left & right album are traditional, conservative, on-the-right material — or are they radical elements, particularly considering the riot during the premiere of “Rite of Spring” or the paradox of the supposedly discordant, loud and noisy rock and roll British Invaders providing “Yesterday”, one of the most beautifully, poignant ballads of the twentieth century.

The answer seems to be that left and right are at their best when they work in partnership to create something that is as special as this 1968 Roland Kirk album!

All compositions by Roland Kirk except as indicated.

On August 23, 1968 Fleetwood Mac released their second blues-based album.  Based on authentic, contemporary blues, yet not overly derivative, it’s surprising how listenable this album is.  Boosted by passionate playing and added saxophones, this album is much better than the two-star rating it gets on allmusic.com.  Yes, one’s time is probably better spent listening to the many classic blues albums and singles of the fifties, which offer much sharper musicianship than this British Blues rock band, but this is still a musically rewarding album. 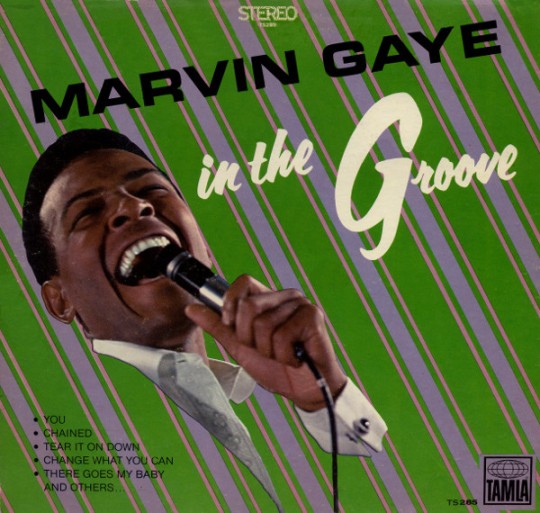 Marvin Gaye: in the Groove (I Heard It Through the Grapevine)

Whereas Fleetwood Mac continue to look back in time with their second album,   Marvin Gaye and team creates modern music moving forward the continuing development of contemporary pop.  Revisiting this music after so many intervening years provides some nostalgic indulgence but that is overshadowed by the musical artistry of Marvin Gaye and the quality of the arrangements and general production.  “I Heard It Through The Grapevine” is the Motown equivalent of an operatic aria with Marvin Gaye at his expressive best, providing a timeless interpretation of this fairly straightforward Strong and Whitfield classic.

Marvin Gaye and Tammi Terrell released their album “You’re All I Need” around the same time as the release of Marvin Gaye’s in the Groove.  Not as strong as in the Groove, it does contain the wonderful “You’re All I Need to Get By“, and the combination of the two vocalists throughout the album, even on lesser material, is something special.  Recorded shortly after Tammi Terrell had her first of several surgeries to treat an unyielding brain tumor, this album effectively captures her vocal excellence as she so tragically approaches the end of her career and her irreplaceable, beautiful life.

Fifty Year Friday: Roy Ayers, Stoned Soul Picnic; Eric Burdon & The Animals, Every One of Us