Recorded mostly at Abbey Road Studios during May through October 1968, the band took a freer,  less methodical, less collaborative approach to recording this album than with the incomparable Sgt. Peppers Lonely Hearts Club Band.  George Martin had less involvement, and in July, audio engineer Geogg Emerick refused to continue to work with the group.  Ringo also got frustrated with his role and treatment, leaving in August,  with the other Beatles replacing him on at least two tracks until he was successfully coaxed back from aboard Peter Seller’s borrowed yacht in Sardinia via telegram.  Yet, this album is a classic, rich with a wide variety of excellent compositions.

It was on one of my nearly-daily visits to my next-door neighbors after Christmas of 1968 that I first heard this album, and that very day they willingly loaned it to me to record on my tape deck.  Needless to say, I was impressed by this being a double album, but I was warned about the presence of a track called “Revolution 9” on side four.

I was totally unprepared for the number of instantly likable tracks, and soon realized I made the right decision to record this on a higher quality tape at a higher speed set on the tape deck.  Impressed by almost each and every track, and feeling correctly warned about “Revolution 9” which I didn’t record, this was a tape I played in the presence of my dad, who I noticed also took a liking to the music — solid confirmation of the exceptional nature of this album.  And how could he not like tracks like “Dear Prudence”, “Blackbird”,  “Julia”,  “I Will”, “Mother Nature’s Son” and “Honey Pie.” And, to my surprise, there was not a word of criticism of songs like “Everybody’s Got Something to Hide Except Me and My Monkey” and “Helter Skelter”

I still love this album. It’s far from perfect, and I am just as annoyed today at the tapping sound on “Dear Prudence” as I was the first time I heard it (perhaps more annoyed as my audio system exposes it better.)  I do wish that George Martin had been more engaged, but on the other hand, I am also thankful for the inclusion of Nicki Hopkins and Eric Clapton.

Now having listened to the entire set of studio Beatles albums as well as most of the solo albums, and so much other music, I am more knowledgeable about the group today. At the age of 13, I thought of this group and listened to this group  as the collective “Beatles”, today I hear individual contributors, voices and instruments. I can easily pick out the individual band members’ vocals, figure out who wrote which songs (even if I didn’t know about the rule that the lead singer is generally the composer except if Ringo is the lead), and identify Yoko Ono’s voice in the chorus of “Bungalow Bill” as well as speculate on the degree of influence the album had on contemporaneous late sixties bands as well as bands of the 1980s and later.

A few years later after the release of this album, when I was a music composition major in the 1970’s, I often thought about what composers and what bands would still be listened to a hundred years later.  We are now approaching the halfway point of that hundred years, and with each passing year, it become increasingly clearer to me that Beatles will be much more popular at the end of that hundred years than the handful of mid-twentieth century composers that were listed in our 1970’s music history textbooks: textbooks which extolled the inventiveness and importance of composers like George Crumb, Milton Babbitt, Pierre Boulez, Elliot Carter, and Karlheinz Stockhausen but omitted any mention of Paul McCartney, John Lennon or George Harrison.

Link to Track Listing and musicians

The Kinks: The Kinks Are the Village Green Preservation Society

Released on November 22, 1968, the same date that the Beatles released the White Album,  The Kinks Are the Village Green Preservation Society is a concept album about preserving those elements and memories of a better world.  Due to the nature of the topic (and possibly, with the Kinks still under a ban to tour the U.S., due to not getting the erosive exposure to American culture that so many of the other top British bands were experiencing) the lyrics cover, very effectively, material directly related to English cultures and values. All compositions are by Ray Davies, and showcase the very best of his musical and lyrical abilities.

Though far from successful upon its release (the album failed to chart in either the US or the UK),  The Village Green Preservation Society has slowly been embraced over time, by both musicians and critics, and appreciated not only for the courage to break away completely from the commercial interests of its time, but for the general quality of each and every track.  Now predominately considered the best Kinks album of all time, this is a must-listen album for anyone interested in the Kinks, The British Invasion or pop-music song craftsmanship — or for anyone just looking to hear a wonderful collection of songs.

Oh, yes, like the Beatles’ White Album, we are treated to Nikki Hopkins on piano for some of the tracks.

Link to Track Listing and musicians 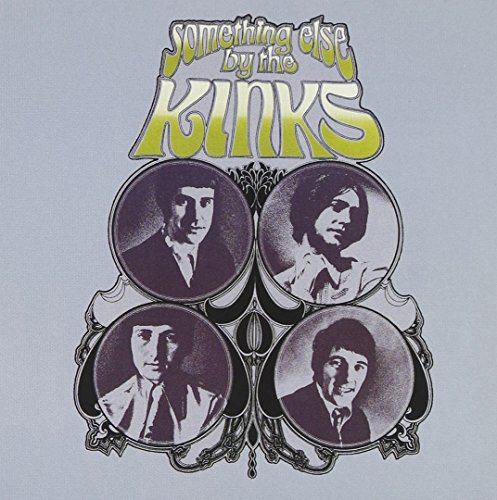