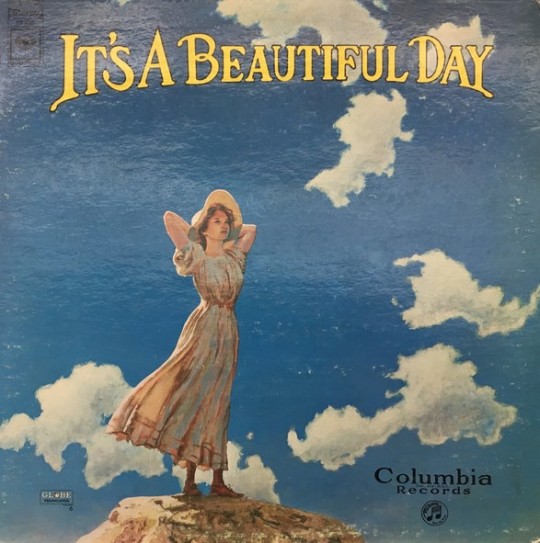 Recorded starting in 1968 through 1969, released in June 1969, the debut album of the Bay Area group, It’s a Beautiful Day, is clearly rooted in the Bay Area culture of mixing folk rock and psychedelic rock.  In addition, the music reaches into the classical-influenced rock genre by incorporating the violin of classically-trained David LaFlamme and the keyboards of his first wife, Linda LaFlamme.  The finally product is an early progressive rock album, accessible and more mellow than busy or just complex for the sake of complexity.

I am not normally a jam-album fan.  This album, recorded in April of 1969 and released that June, is mostly a thrown together assembly of music that would be suitable jam-rock material.  What is inescapable is the quality of the improvisation and the distinctive character of the individual musicians and what they have to say. Mozart and Beethoven could dazzle listeners by improvising on the most mundane material.  Here we have the 1969 equivalent, with the exception of Nicky Hopkin’s reflective ballad “Girl From Mill Valley”, a welcome contrast with Hopkins providing both the piano and organ tracks.

In fact, Nicky Hopkins particularly shines throughout the album.  Add to that Jeff Beck’s unerring musicality, Ron Wood’s hard-rock bass, and some earthy vocal work from Rod Stewart and we get an album that is a pleasure to listen to.

Alice Cooper: Pretties for You

Also recorded starting in 1968 through 1969, released June 25, 1969, Pretties For You, is another one of those 1969 total commercial failures by a band that would go on to make it pretty big.  The album is heavily influenced by some of Frank Zappa’s more musical works and Sid Barrett-era Pink Floyd — not surprising, the band is on Zappa’s “Straight” label, which recorded a small number of artists, including Captain Beefheart, and Alice Cooper was the opening band for Pink Floyd during Barrett’s tenure.

At this point in time, Alice Cooper was still the band’s name, not yet taken as a stage name by their singer, Vincent Furnier. The album is full of content that required careful rehearsal before recording, with many instances of time signature changes or compound meters. Despite the Zappa and Barrett influences, this music is different from anything before, and different from later progressive rock or Alice Cooper albums to follow. Perhaps with some better production, fine tuning, and further crafting, this album would be particularly noteworthy — unfortunately, it doesn’t quite come together and so it is a bit of a curiosity — but still a particularly enjoyable work and one of historical interest, for unlike most of the future progressive rock bands that start sounding more traditional and refined and extended their approach, this band, Alice Cooper, starts with some pretty lofty objectives, delivering an interesting art-rock album, to later distinguish themselves as a hard-rock, quasi-glam-rock band. 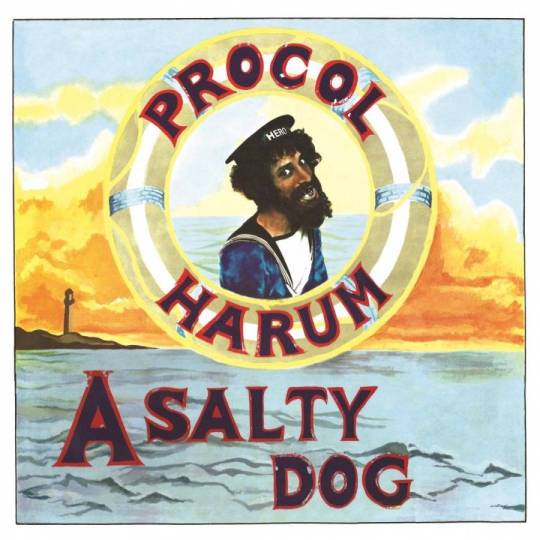 Recorded in March 1969 and released in June 1969, this album begins with one of the finest early orchestral-based prog-rock pieces, “A Salty Dog”.  The soft cries of the sea gulls and the chromatically descending strings create the appropriate atmosphere for the narrative to follow “All hands on deck, we’ve run afloat“)  With the classic early prog-rock anthem unfolded and completed, the rest of the album continues to flirt with a nautical-based theme, and though nothing on the remaining album comes close to the first song, overall we still have an eclectic mix of blues, rock, Jamaican pop, gospel, country-rock, classical and British pop, with strong vocals, and strong musicianship.  Listen to the second track, “Milk of Human Kindness” and try to not compare to later Supertramp songs like “Bloody Well Right” — or try to ignore the simple charm of the third track “Too Much Between Us.”

The arpeggios that open “Wreck of the Hesperus” and their stubborn recurrence later,  provide the pattern for many upcoming prog-rock symphonic-style numbers, including Genesis’s “Fifth of Firth.”  The strings here, might be later replaced by synthesizers, but the basic quality is much the same.

“All This and More” is another trademark Gary Booker song, providing that dark, sinuous, introspective quality so strongly associated with Procol Harum at their best.

The slow bluesy-gospel style of the alternatively-spelled “Crucifiction Lane” anticipates some later McCartney and Lennon works like Lennon’s “She’s So Heavy” and material on Paul’s first solo album. The album ends with “Pilgrim’s Progress” which clearly influenced later prog-rock groups like Kayak and Fireballet.

All in all, an important album historically, required as necessary listening for anyone that is looking for a broad understanding of the development or post-1960s rock.

Comments on: "Fifty Year Friday: It’s A Beautiful Day, Beck-Ola, Pretties For You, A Salty Dog" (1)