Fifty Year Friday: Temptations, Wish it Would Rain; Eric Burdon & The Animals, The Twain Shall Meet; ABA and NBA finals

This excellent album captures the Temptations’ smooth, soulful, and often passionate sound. It is the last album produced by Smokey Robinson and the final album with Ruffin, Kendricks, and bass singer Melvin Franklin taking turns on lead vocal: Mr. Ruffin being dismissed due to disruptive behavior, including insistence on the group’s name being changed to “David Ruffin and the Temptations” mimicking the name change of the Supremes to Diana Ross and The Supremes.

Besides the excellent vocals, we have the Motown studio musicians, named at the time as the Soul Brothers by Motown CEO Berry Gordy, Jr, but not credited on this album or other such albums of the era, and historically referred to as the “Funk Brothers”, in top form. 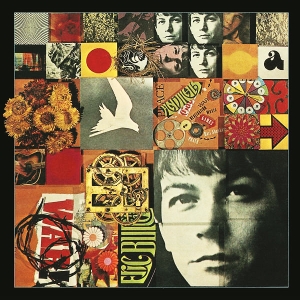 “If you want to find the truth in life, don’t pass music by.”  — Eric Burdon

Eric Burdon and the Animals were effective performers at the 1967 Monterey Pop Festival.   They recorded “Monterrey”, written about the festival’s performers.  Perhaps this was the first rock song written about a concert event (before Joni Mitchell’s “Woodstock” or Deep Purple’s “Smoke on the Water.”) The lyrics are weak, and Burdon even gets Ravi Shankar’s name wrong (“Shanknar”) but there is something special to this song that barely made it to the fifteenth spot on the US pop charts.  It opens up with solo koto (or perhaps a similar instrument like the Chinese guzheng) and includes snippets of instrumental sound-painting as some the musicians that performed at the festival are described. In addition, woodwinds and  strings are added. It really is a celebration of the time, helped by the lyrics general naiveté and the song’s relentless, expanding energy, as it picks up tempo as it progresses.

The album containing “Monterrey”, The Twain Shall Meet, was released in May of 1968 and is a solid and capable mixture of hard and psychedelic rock, and has much in common with the first albums of harder rock groups and some of the progressive rock groups that followed soon after.  If one ignores the weakness in the lyrics and focuses on the music, this album provides a intriguing historical perspective on the early days of hard rock and provides insight into the transition from hard rock to what is commonly labelled as progressive rock. 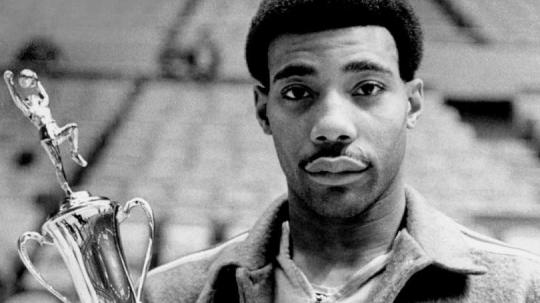 Connie Hawkins and the Pittsburgh Pipers defeated Larry Brown and the New Orleans Buccaneers in the seventh game of the very first ABA playoff in front of 11,000 fans, up considerably from their average attendance of around 3,000.  Worth mentioning is the price paid for the New Orleans Bucs franchise: exactly $1000.

In other basketball news, the Los Angeles Lakers beat previous Western champion, the San Francisco Warriors, and the Boston Celtics defeated previous NBA champions, Wilt Chamberlain and the 76ers (with Wilt’s getting 34 rebounds in game 7 but his teammates shooting poorly and Wilt receiving limited touches on offense) to meet in the finals where the Lakers (with Jerry West, Elgin Baylor, Archie Clark, and Gail Goodrich) lost the seven game series for the fifth time in seven years to the Celtics, this time in six games.

Wilt Chamberlain, perhaps still upset about the 76ers previously withdrawing a verbal commitment to give Chamberlain part ownership of the team, would demand a trade, indicating the possibility of going to the ABA, and soon Chamberlain would be sent to the Lakers for Archie Clark, Darrall Imhoff, and Jerry Chambers.

This was the first and last year of the ABA Anaheim Amigos,  purchased for $30,000 and sold less than a year later for $450,000, renamed to the Los Angeles Stars, and moved from the Anaheim convention Center to the LA Sports Center.