With the world recovering from the worst war ever, World War II, and the cold war just starting, 1947 was a year of many musical landmarks.

In classical music, there are new operas by Benjamin Britten (Albert Herring),  Gian Carlo Menotti (The Telephone) Francis Poulenc (Les mamelles de Tiresias), and Virgil Thomson (The Mother of Us All.)  Sergei Prokofiev completes his  6th Symphony (Op. 111) reflecting the tragedies of World War II, and condemned by the Soviet government for its modernism. Arnold Schoenberg completes  A Survivor from Warsaw, the grim story of a holocaust survivor during his ordeal in a Nazi concentration camp.  Other notable works composed in 1947 include the following completed compositions:  Samuel Barber – Knoxville: Summer of 1915, Vagn Holmboe – Symphony No. 6, Aram Khachaturian – 3rd Symphony, Witold Lutosławski – Symphony No. 1, Heitor Villa-Lobos – String Quartet No. 11, William Walton – String Quartet in A minor —  and  Edgard Varèse – unfinished work, Tuning Up, a parody of the orchestra tuning process before the start of a concert. 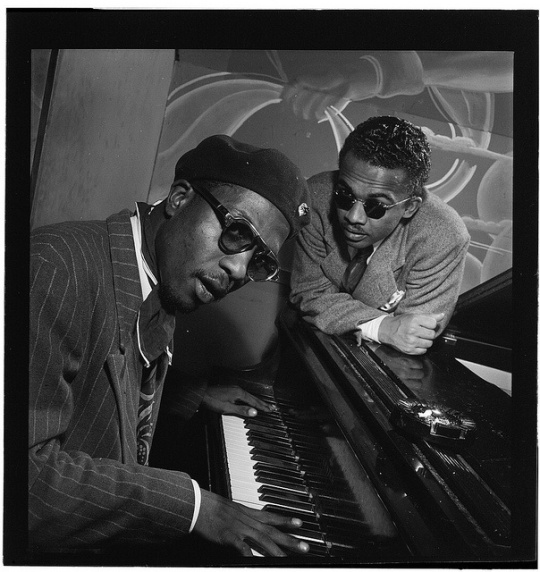 For those that were around New York City to catch live music, they could see the aforementioned Miles Davis All-Stars at the Savoy, Louis Armstrong at Carnegie Hall with his big band, and The Count Basie Orchestra at the Paradise Club in Atlantic City or at the Strand Theater in Lakewood, New Jersey, supporting Billie Holiday.

In movies, we have the timeless Christmas movie, Miracle on 34th Street, as well as The Bishop’s Wife with Cary Grant and Loretta Lynn and It Happened on Fifth Avenue.

The next few years would bring major changes all over the world. Fortunately that world as it was in 1947 has been well documented in records, movies and books.