Spirit probably would have made the big time if they had played at Woodstock as planned, possibly right before Hendrix and his band played the festival’s last set. As it was, the band ended up going on a a multi-venue promotional tour. To make matters worse, lead guitarist/singer/songwriter Randy California  who had previously played with Jimi Hendrix for three months (it was Hendrix that give the originally named “Randy Wolfe” the new last name of California to distinguish him from Randy Palmer whom Hendrix named “Randy Texas”) and drummer/singer/songwriter Jay Ferguson begin to have differences of opinions on the style and direction of the band.  In the middle of all of this,  Spirit released their third studio album, Clear, an album with elements of early prog, blues-rock and psychedelic rock.  “Dark Eyed Woman” is probably the best known track, but the album contains two quality instrumentals on side two and has generally good, though not world-changing, material overall and some quality guitar work from Randy California. 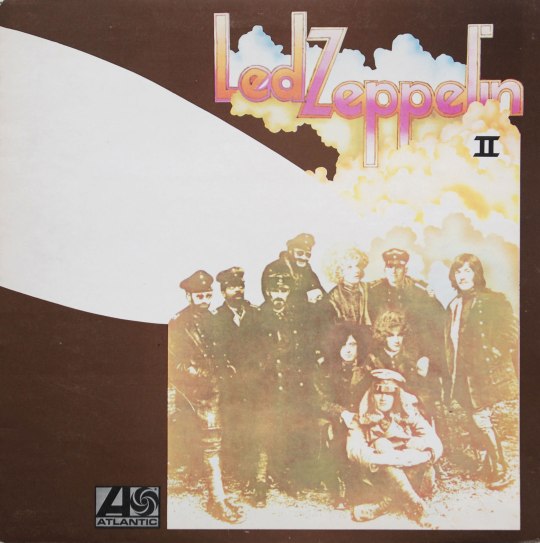 On October 22, 1969, Led Zeppelin released their second studio album, more polished and musically interesting than their first and a undeniable success commercially, reaching #1 on the charts in the U.S., U.K., Canada, Australia, Spain, Denmark, and Holland. Included is “Whole Lotta Love”, “Living Loving Maid”, the passionate ballad, “Thank You”, and “Moby Dick” which features a drum solo that always brought to my imagination the virtuosic dribbling of a basketball. Though Led Zeppelin would get even better, this is a pretty good album, full of energy, life, and creativity.

While newer groups are making significant commercial inroads, some older groups are winding down.  The Turtles released their last of five albums, an album very much in the style of the late sixties, closer to 1967 or even 1966 than late 1969.  That said, this is a fairly decent album with some good acoustic guitar work on the first side. Also of interest, is that the album is produced by The Kink’s Ray Davies, and one can hear this in several songs such as in the opening of “The House on The Hill.”  The most interesting composition is “John and Julie”  which includes added strings that enhance the qualities of the song. The one track on the album to get any notable airplay is “You Don’t Have to Walk in the Rain” which shares a few too many similarities with their 1968 hit, “Elenore” — such blatant mimicking of a previous hit, though, is not new for the Turtles, whose 1965 single, “Let Me Be”, followed almost immediately after the success of “It Ain’t Me, Babe”, sounding suspiciously similar.

This final studio album, though, did not mean an end for the Turtles, for their very best songs reflected the sixties so well, that they were not quickly forgotten — this is particularly true of their best song, and only number one hit, “Happy Together.”

Released on October 25, 1969 in the U.K. and in early November in the U.S., Ummagumma (pronounced “OOH-ma GOO-ma”) is a two record set, the first LP containing material recorded live in April and May 1969 and the second an interesting collection of individual contributions, both in terms of authorship and performance, from the band.  The first side is an indispensable document of 1969 Pink Floyd live, performing some of their earlier psychedelic space-rock classics, and serves as the main attraction of the album.  The second LP which showcases each band member’s individual efforts, has its moments, but clearly the group is much better together than as isolated soloists. Nonetheless, this set of solo offerings on the second LP is still more interesting than most avant-garde and exploratory music of its time. 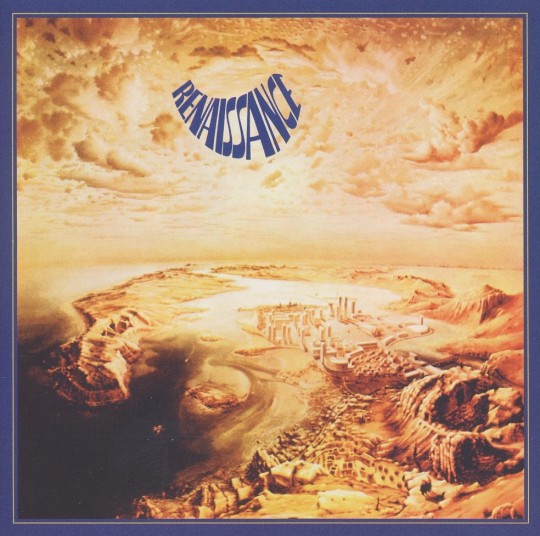 The first iteration of the newly formed band, Renaissance, formed by two former Yardbird band members, Keith Reif and Jim McCarty, released their very first album in October 1969. From the start, with John Hawken’s classically-influenced piano, the listener knows this is a special album. Reif and McCarty had tired of the heavier rock sound of the Yardbirds and were looking to blend folk, rock and classical elements — and classically-trained Hawken was a perfect fit for their vision.  Most of the material is has a fresh, progressive tone to it, effectively mixing rock, jazz, folk, pop and classical elements including incorporation of material from Rachmaninoff, Chopin and Beethoven’s Pathétique Sonata.

Released on October 26, 1968, this is the most commercially successful album for Pentangle and one of their best.  It opens with a Brubeck-like “Light Flight” with its off kilter meter of 5/8 and 7/8 with a 6 beat middle section. Quite the composition, it was the theme for the BBC’s “Take Three Girls” about three young woman in hip and swinging 1969 (to 1971) London.

The rest of the album is a mix of rearranged folk songs and new compositions, all performed beautifully and artfully on acoustic instruments with lead vocals distributed between Jacqui McShee, Bert Jansch, and John Renbourn.   A good album to start with if you haven’t devoted much time listening to Pentangle or wish to enjoy some quality English Folk Rock.