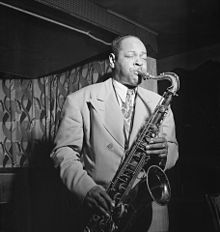 This 1967 recording contains two of the most popular Twentieth Century piano concertos, full of energy from one of the brightest classical music stars of the 1960’s, the twenty-six year old Argentine, Marta Argerich.  An impressive pianist since her early teens, winning both the Geneva International Music Competition and the Ferruccio Busoni International Competition at the age of 18 within three weeks of each other, Marta teams up with conductor Claudio Abbado and the Berlin Philharmonic to provide a stunning, wild-ride performance of Prokofiev’s Third Piano Concerto.  This LP also contains the Ravel G Major Piano Concerto, a work influenced by George Gershwin and the jazz music of the 1920s.  What sounds like an inspired, spontaneous work, was a work of intense labor and craftsmanship. Writing music”, noted Ravel, “is seventy-five percent an intellectual activity.”

This is Carlos Paredes first album, yet is is an unquestionable masterpiece.  Paredes plays an instrument called the Portuguese guitar, a twelve steel-stringed instrument, popularly used in Fado music (Portuguese folk music) known for its expressive and often wistful qualities.  In this album we are treated to both Paredes’ amazing virtuosity as well as his gift for serious composition.  Each work displays an individual character and identity and invites repeated listenings. If you don’t usually sample the youtube videos sometimes provided, its worth making an exception here: