Fifty years ago, the world lost actress and model, Sharon Tate, and three of her friends on Aug 9, 1969.  This event put fear into celebrities and residents of Santa Monica Mountains/Beverly Hills area of West Los Angeles and Sherman Oaks.  As a 14 year kid, living forty miles away in Orange County, California, listening to the TV news on Saturday night, while my parents were away, it even sent a cold wave of fear into the deep recesses of my own inner being.  On August 11,  the LaBianca homicides were announced by the LAPD.  On August 12, the LAPD indicated the two sets of murders were not connected, making this even scarier. Eventually the same brutal murderers of both these tragic events were identified, caught, and tried with full national coverage.

It was the beginning of the ending of the innocence associated with the flower power movement.  Just as the establishment was being tarnished by the Vietnam war, The psychedelic era was now tarnished.  Just as Nixon was initiating the withdrawal of Americans from Vietnam, the peak of the psychedelic era of rock music had been achieved and was now on a decline.  There is no better representation of this start of this end of this sixties musical era than the once-Dylan-copycat-turned-melodic-and-modal-modern-musical master of Flower Power music, the author of “Sunshine Superman” and “Mellow Yellow.” 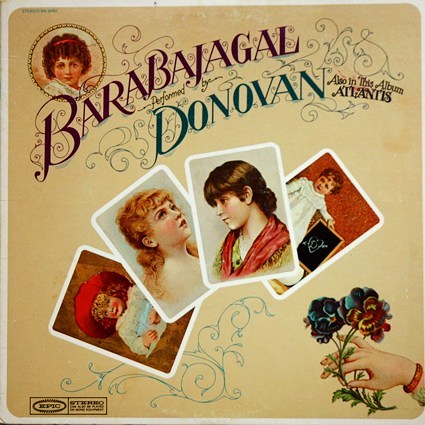 I was a big Donovan fan, amazed by his skill and range of variety as exhibited in albums like Hurdy Gurdy Man and in songs like “Wear Your Love Like Heaven” and the pacifist-themed “Epistle To Dippy.” Donovan was a once-in-a-generation genius.

So, saving up my allowance, no longer relying on listening to whatever albums my sister bought, I purchased Barabajagal FOR $3.99 in late 1969 when first seeing it in the record bins in K-mart.

And I was disappointed.

Much of the music is repetitive using basic harmonies and major-scale melodies with rather silly lyrics. “Atlantis” seems to last forever, with its spoken narrative and endless chorus at the end — a shadow of what the Beatles did with “Hey Jude.”

Yet, the album was not hopeless: many top musicians appear here and there including Jeff Beck, Lesley Duncan, Madeleine Bell, Aynsley Dunbar, and one of my favorite session rock pianists, Nicky Hopkins. Moreover, it the perfect album for children particularly with tunes like “I Love My Shirt” and “Happiness Runs” and, for older listeners, has one strong, wistfully beautiful ballad, “Where She Is.”  Also worth noting is the inclusion of what can best be termed as an example of a mimicry of American post-ragtime, roaring twenties dance hall and British music hall popular tunes exemplified by songs like Geogg Stephen’s “Winchester Cathedral” and Paul McCartney’s “Honey Pie” — the last track on the album, “Pamela Jo”

One of the strongest lights of the sixties was beginning to lose it’s lustre: however, musical legends like Donovan Leitch always remain celebrated.  The remastered CD version of Barabajagal includes seven finished songs not included originally on the LP and eight quality demo tracks, several of which are far superior to the music that ended up on August 11, 1969 release of Barabajagal, so much so, that one should find of the remastered edition of Barabajagal quite satisfactory.  (Available at Amazon here.)   This is really Donovan’s last statement of the sixties as his next album, Open Road, recorded in early 1970, is without producer Mickie Most, and is a more band-oriented album than any of Donovan’s previous albums. 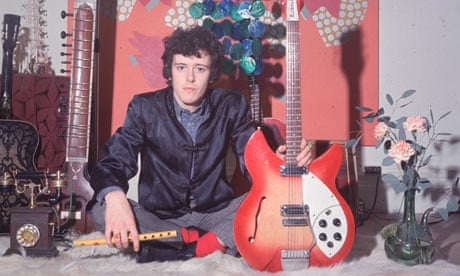 The following musicians played on “I Love My Shirt”, “To Susan on the West Coast Waiting”, “Atlantis” and “Pamela Jo”: 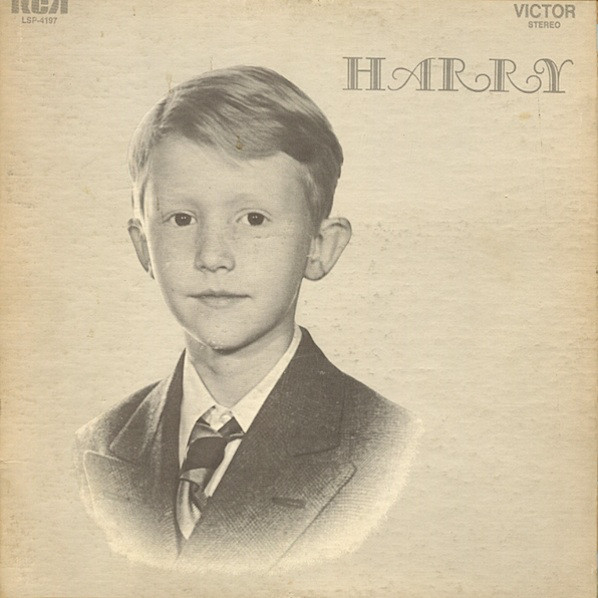 An album also released in August of 1969, that includes several neo-ragtime/dance hall style of music tracks is Harry Nilsson, accessible and charming “Harry.” This is not rock in any sense, but joyous and often clever pop.  Composer Bill Martin is mostly responsible for the neo-dance hall tunes, and Nilsson himself contributes several quality compositions. A couple of nicely done covers of very familiar music is included (“Mother Nature’s Son”, “Mr. Bojangles”) as well as Randy Newman’s “Simon Smith and the Amazing Dancing Bear.”

No trace of psychedelia, flower power or acid rock here.  Perhaps another early sign that the sixties are coming to a close?

All tracks composed by Harry Nilsson, except where noted. All tracks arranged and conducted by George Tipton (* = produced by Rick Jarrard)