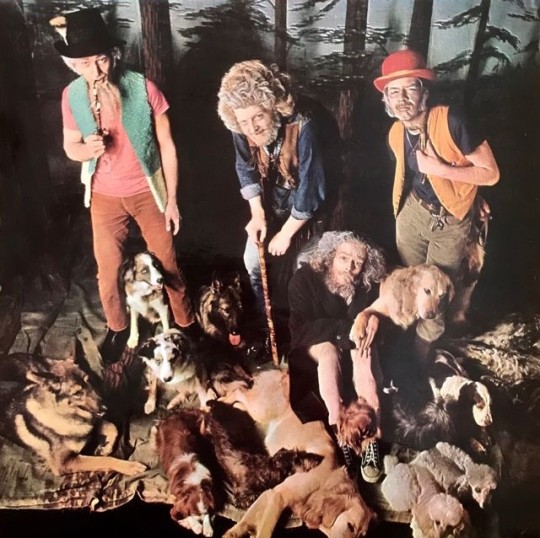 Jethro Tull: This Was

Though basically a blues album with some elements of jazz and classical, this first album by Jethro Tull is one of the very best of the many late 1960’s rock-blues album from either Britain or North America.  Though not rated highly by progressive rock fans or more traditional media reviewers like allmusic.com or Record Collector and panned as “aimless and disorganized” by Rolling Stone, the music is of high quality, generally timeless, and always brings pleasure to me though I may one listen to it once or twice in any given decade.

Titled “This Was” as if it was a retrospective evaluation of a group that had already made a name for themselves as opposed to one just starting out, it’s eerily ironic to look back and how appropriate the title has become.  In a span of a few years, Jethro Tull went from a ad-hoc, little-known group that had produced this low-budget album (estimated as costing about 1200 British pounds or under $3000) to one of the more commercially popular groups of the 1970s.  Looking back at a point in time in the mid 1970’s, the music on this first album contrasts very sharply with the Jethro Tull that was then getting solid airplay on AM and FM radio and had  a 1974 gold album (“War Child) that made it to number two on the pop album charts. Interestingly, during this time, Rolling Stone remained consistently negative in their reviews of the band, admonishing potential album buyers: “Remember: Tull rhymes with dull.”

And though I find their 1974 commercially-successful single “Bungle in the Jungle” as awkwardly embarrassing as the first time I heard it on the airwaves, the music on this earlier, first album demonstrates consistent good taste and makes one proud to be a Jethro Tull and Ian Anderson fan.  Enjoy this moment fixed in time, for this was Jethro Tull in 1968!

Though not at the overall level of excellence and creativity as their first album, this self-titled second album has its share of moments drawing upon a variety of influences including country, jazz, and soul. Notable is Winwood’s piano, Wood’s flute and sax passages and Mason’s guitar as well as the general quality of the arrangements. Mason’s  “Feelin’ Alright?” is provided with a thoughtful, well-crafted arrangement that brings out the inherent poignancy in the lyrics.  Side two of the album is the strongest with the second, third and fourth tracks the highlight of the album.