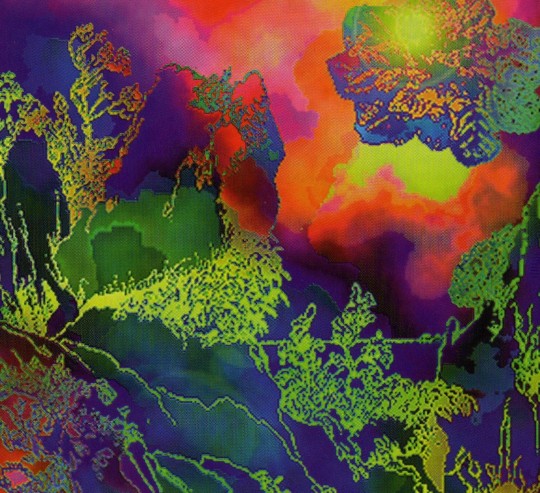 There are those that believe that everything is determined, and that no matter how many times something is played out, the same result will occur.  Such a belief may be based on fatalism, or the predictability of Newtonian physics, or the belief that there is no self-determinism and that people are stimulus-response machines and that once set in motion, all resultant activity can theoretically be modeled, given all the initial data points.

There are those that believe that every moment holds countless possibilities, some vastly different, some imperceptibly so, with any given result leading to another countless set of possibilities each leading to their own potential result leading to more possibilities.  Some believe there is self-determinism and that our choices are not predicted solely on past events and current physical and mental factors.  Some believe that we ourselves are not part of the universe we appear to be in, and so can effectively can cause changes to that universe through the exercise of free choice. Some reach out to their understanding of quantum physics to support a belief in uncertainty and unpredictability.  Some go as far as to speculate that there are infinite or nearly infinite universes with each universe having been the result of the cumulative consequences of each and every outcome from each and every previously emergent outcome prior to that.

If we go with this last worldview, or rather universe-view, there are no doubt trillions upon trillions upon trillions of universes similar to ours where the first Ultimate Spinach album sold well, benefiting from the Newsweek January 1968 article that was part of the full-out publicity assault by MGM’s Alan Lorber to establish an identity for Boston-based psychedelic bands like Ultimate Spinach, Eden’s Children, Beacon Street Union, Puff, Quill, and Orpheus.  Though this attempt at creating an identity similar to that of the bands associated to the “San Francisco Sound” worked initially as evidenced by the considerable attention resulting from the Newsweek article, which certainly fueled sales of the first Ultimate Spinach album, there was the inevitable backlash by a handful of music critics, including a prominent Boston rock critic, whose general claim was this was a blatant establishment-based marketing ploy and that there was no characteristic sound of these Boston bands and that the informed consumer should completely discount such commercially motivated hype.  Wall Street Journal joined in the pile-up chiding the publicity effort in their arcticle “The Selling Of A New Sound”, followed by Rolling Stone which stereotyped this purportedly non-existent Boss Town Sound as ” “pretentious,” “derivative,” and “boring’ — terms that would also later be used in the arsenal of the “informed” and elite “anti-elite” music critics against progressive rock. 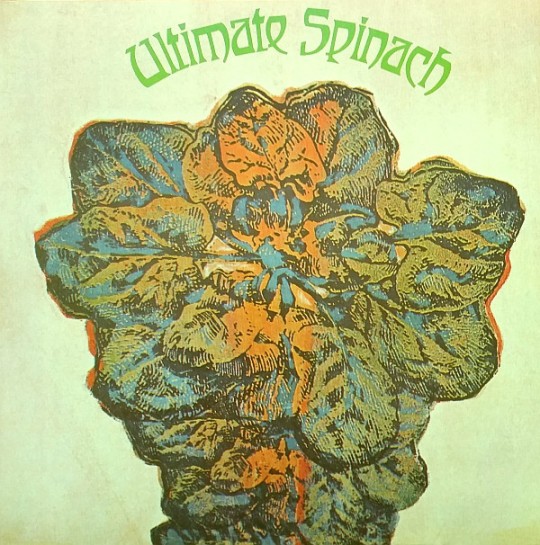 Other media outlets weighed in on the topic of the legitimacy of the claim of a Boss Town Sound including Crawdaddy and Playboy. In Alan Lober’s words in an article published in Goldmine in 1992 “the snowball became an avalanche. It was now more trendy to talk “Boston Sound” than to hear it. In retrospect, it was hard to believe that something which had received so much media coverage could fail to become a commercial success.”

Yet, amidst all of this, that first Ultimate Spinach album was relatively successful commercially, staying on the Billboard album chart for 36 weeks and peaking at position 34.  It was also quite good, being easily accessible, fresh, upbeat and generally adventurous incorporating elements of jazz, classical, psychedelia and world music into a primarily contemporary rock style.

So, successfully swimming against the current of some not so-well meaning rock critics, providing an accessible, contemporary sound with plenty of potential for further development and exploration, and then, in August 1968, releasing a second album, Behold & See, more mature, better constructed, and stronger than the first, there was no real reason for Ultimate Spinach not to remain in the spotlight and have ever increasing album sales.

Except that Ian Bruce-Douglas got fed up.  He got fed up with the mechanics of the record industry and the resulting loss of his musical independence and authority, he got fed up with  producer Alan Lorber, and he got fed up with the with the various personal conflicts occurring within the band. Then frustrated to the extreme, he simply walked away from his own band.  With no group to tour in order to promote the new album, and without marketing or live shows, the second album stalled at number 198 on the Billboard top 200 album chart.  Without their leader and composer, the remaining band attempted a third album, which had a different sound and sold even more poorly than the second album.

Now if you buy into the multi-universe concept, and concede that there are easily quadrillion to the quintillionth universes that all have this same second Ultimate Spinach album, “Behold & See”, then it is conceivable, that in at least one, or perhaps even two, universes, the Boston music scene was allowed to more naturally flourish, that Ian Bruce-Douglas was able to overcome his initial disgust and dissatisfaction with the immense personal and individual ego challenges, the insensitivity of his record company, and the conflicts between he and his producer — and thus successfully promote through live concerts the second album, continue with the creation of a third and then have that fourth break-out album.  However, this may be pushing the envelop of the possible just a bit too much.  Perhaps there is limited upside to any group named “Ultimate Spinach.”  Or perhaps the personality that provided the music and lyrics for these first two albums, inherently would inevitably be constrained by the idiosyncratic demands of the music industry.   One hesitates to speculate about how much great music was lost because talents like Ian Bruce-Douglas were not able to cope with the realities and frustrations of the commercial music industry.

So even if there are not universes in which there are additional albums by the Bruce-Douglas led Ultimate Spinach, one can at least enjoy these two that are available. For those looking for early progressive rock, they will find many items that they can check off their list of prog characteristics: exotic or non-traditional rock instruments (theremin, acoustic sitar, electric sitar, vibraphone, recorder), angular rhythms and syncopation, an overall conceptual unity present in the two albums,  (anti-war, anti-conformist with references to Sartre in the first, and the theme of achieving transcendent awareness and freedom of thought in the second), imitative counterpoint, classical music reference (J.S. Bach incorporated into the final track of the first album), layered production techniques, interesting instrumental passages or completely instrumental tracks, and for bonus points, a single, visionary leader, who in this case was Ian Bruce-Douglas, who wrote the music and lyrics for the entirety of those first two albums.  Also, as noted earlier, the musical press referred to Ultimate Spinach as “pretentious” — an epithet worn as a badge of honor by many of the progressive groups of the early seventies. (Remember Gentle Giant’s compilation album, “Pretentious for the Sake of it?”)

And if you don’t much care for progressive rock, but like the more melodic psychedelic music of the late 1960’s, or just interested in hearing a bit of the “Boss Town Sound”, these two albums are available on CD, on vinyl, through streaming services, or even youtube as if they are deserving of more respect today than ever before.

And one last note directed at those musical critics that said there was no actual “Boss Town Sound”– history now seems to say otherwise with even once-antagonistic magazines like Rolling Stone conceding in 1988, in its “Rock of Ages” encyclopedia, the existence of such a musical movement.  Unfortunately, the time frame of that movement was ridiculously short, with the lack of commercial success causing most of these Boston-based psychedelic bands to break up by 1969 — yet I have to believe that, in this universe at least, if not in countless other universes, these Boston bands left something of lasting value, both in terms of influencing other, sometimes younger, musicians at the time that carried on, and in the case of the most popular of these bands, The Ultimate Spinach, left us music we can still listen to and enjoy today.

Fifty Year Friday: Roy Ayers, Stoned Soul Picnic; Eric Burdon & The Animals, Every One of Us