“People like us, who believe in physics, know that the distinction between past, present and future is only a stubbornly persistent illusion.”  — Albert Einstein

“You, predictable reader, follow these words and I know that what you read next is what I write now.” — Zumwalt

Time may not be what it seems.  Sometimes what we assume is true is not: our senses may initially lead us to believe the sun revolves around the earth, but if we observe beyond what is most self-evident, and carefully examine a wider range of data then we must conclude that the earth revolves around the sun. As in the case with planetary bodies,  it may be that our sense of time is based on our frame of reference and not a true understanding of reality.

Physics has provided evidence during our lifetime that the future can determine the past.  The most famous example is the “quantum eraser” experiment. One can google this or check out this article: http://iheartintelligence.com/2017/01/20/quantum-experiment-present-past/.  One can even try this experiment at home: https://www.scientificamerican.com/slideshow/a-do-it-yourself-quantum-eraser/\

Is there any chance of sensing the future?  Some studies, like the famous, but controversial and legitimately challenged, Cornell University trials indicate this may be possible: http://dbem.ws/FeelingFuture.pdf

As a graduate student in music, perhaps as a break from listening to too much atonal music, I became interested in parapsychology experiments, and read numerous journals in our large college library covering this topic. There were a couple of experiments with cockroaches that really impressed me. One was an experiment by Helmut Schmidt in which he placed various laboratory animals on a divided electrical grid with a 50% chance of the shock going to the area where the animal was.  Schmidt recorded that in most trials (and these trials included hundreds of shocks), the gerbil, guinea pig or other small animal ended up being shocked around 48 to 49 percent of the time.  Schmidt was a sloppy researcher and it is not clear if this statistically significant number was due to Schmidt’s own psi abilities influencing the outcomes, or the animal’s psi abilities protecting themselves. When he put cockroaches to the test, he found they ended up being shocked 52 percent of the time as opposed to the expected 50 percent of the time. Schmidt admitted his particular dislike of cockroaches, and so it is not clear if the cockroaches were masochistic or whether it was Schmidt’s distaste for them that influenced the outcome. 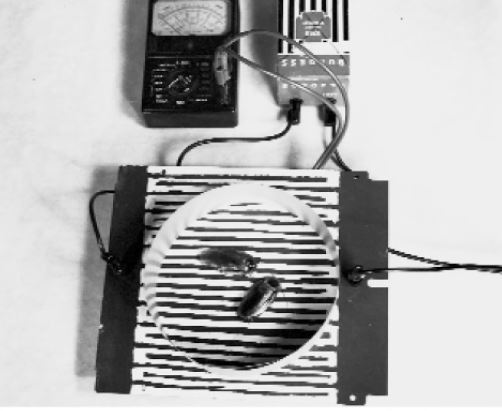 In the recent, and earlier referenced, Cornell set of experiments,  the most interesting ones, (okay — I concede that some may find the salacious-content experiments more interesting), are the two similar experiments addressing “Retroactive Facilitation of Recall.”  Basically the subjects are asked to look at a set of words. After this is done,  they are given a recall test (not being told about this beforehand) and each participant’s ability to recall what they have memorized is recorded.  The computer selects, randomly, half the words the subjects had previously looked at as study material, and then the students study these words.  It turns out the subjects do much better on recalling the words they had studied after the test then those they had not. Basically, this proves that if one is unable to find time to study for a test beforehand, they can always study after the test and improve their test scores — at least slightly.  (This is why, when I pick losing lottery ticket numbers, I always carefully study the winning numbers and carefully commit them to memory to increase my chances of having picked the right numbers in the first place: if I am/was successful, I not only get some extra pocket-change, but get back any time I had spent studying those numbers.)

The key here, from a very practical standpoint, is not whether others can sometimes sense the future, but whether you or I can sense the future and, if possible, how best to develop that ability.   As one might guess (or sense), there are many online opportunities to research this further. Now that I told you this, I have increased your chances of already knowing this, and I suspect that you are thinking to yourself that, yes, you already knew this, and you really don’t need to waste you time reading this blog which isn’t disclosing anything new to you at all. This of course, is what you are thinking now that you have read this. If you had read a blog on politics or music, instead, you wouldn’t be thinking this at all. If you had read a blog on politics, you probably wouldn’t even be thinking.

Back to the present, please. Let’s take a look at one particular online test:  http://www.psychicscience.org/staring.aspx

First, do the practice trial to get a sense of how simple this experiment/test is.

When doing an actual trial, my only advice is to not base your guesses on what already happened, but what you feel is about to happen.  In other words, don’t let three or four blank screens in a row bias you to select the “staring” screen based on some misunderstanding of probability.  Stay in the present and realize each display has a fifty-fifty chance of being either blank or a staring screen and don’t let what occurred before influence your decision/guess/prediction. Just feel whether you will be stared at or not and then pick your choice based on that feeling. (This may be the same sensation you get when you feel someone on the other side of the room is staring at you.  I often get this feeling when I shout and yell at the waiter or waitress in the restaurant — or when they yell at me.)

Also, best to stay relaxed and let yourself get in “the zone.” Don’t let a string of successes put pressure on you. If you feel such pressure, it may be best to take a break and come back. The screen will wait for you. (If you need to take a break, you can read some Zumwalt poems liked by previous readers. Note that any poems you click “like” on may influence anyone that read them in the past to have clicked “like” also.)

Developing an ability to feel what will happen next, may be like developing any skill.  It takes repeated practice, day after day, for an allocated time each and every day.  It is very similar to ear training exercises like this one: http://pitchimprover.com/index.php?type=Relative

After doing this http://www.psychicscience.org/staring.aspx exercise every day, for several months, please let me know if you have seen any improvement.  If so, it may motivate me to do the same. If you can’t seem to improve your ability to see into the future, don’t feel bad, at least knowing this limitation in the future should translate in your spending less time on these exercises in the here and now — or even not bothering to read this blog post.